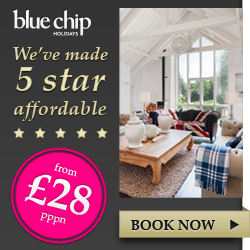 WHAT IS A GIG?
A gig is made from Cornish Elm, is 23′ long and 4’3″ across its beam. It has 8 thwarts (seats), one for the coxswain, six for the rowers and the “seagull” seat in the bow. The rowers sit alternate along the boat, three on the stroke side and three on the bow side. All gigs are built to the same specification and each new boat is carefully monitored during its construction by the Cornish Gig Association’s nominated inspectors.

HISTORY OF GIGS
The first gigs were built to take the “pilot” out to the sailing ships waiting off the many harbours around Cornwall. It was very important for the gig to be fast, as the first gig to reach the ship received the money for the job. In later years, the gigs were used for smuggling and as lifeboats due to their speed and seaworthiness. It is said that the government would not permit any more than six rowers seats in the boat as they would be faster that the Customs & Excise cutters and would be able to escape!

Each weekend, approximately 500 rowers take part in these events – there are races for under 14’s and 16’s, Ladies and Mens ‘A’ and ‘B’ crews as well as Mixed and Veterans crews. Rowing is carried out in all weathers – rain, sun, wind etc., except when sea conditions are too rough for obvious safety reasons!

After the rowing is over and the presentations made, everyone goes to the pub for a pint and a good old Cornish sing song – the singing is as much a tradition as the racing and can be quite moving at times.