Racing the Tide MFV Sanu Project the video describes the background and the work involved in removing this old timber-built vessel from the Gannel Estuary between tides. 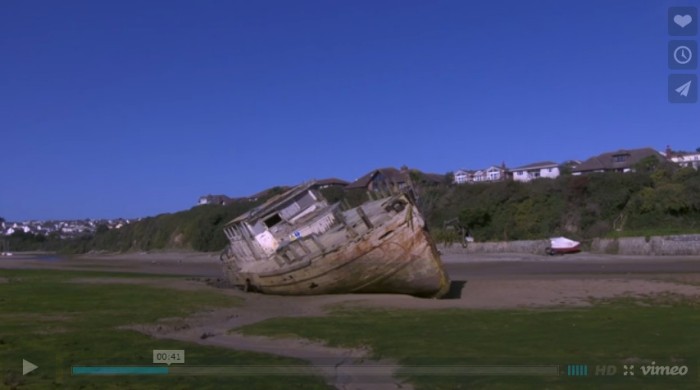 The Sanu, formerly MFV 29 of the MFV 1 class, was built by Frank Curtis in Looe in August 1942 for the Admiralty and remained in service until 1955.

Sections of the vessel were removed by Kevin McCloud’s Channel 4 program, Man Made Home to build a beach hut.

The Sanu was of a type of which 50 were built during the last major phase of wooden boat construction in the UK during the war when many building materials were scarce.

You can read more about the Sanu on the Marine Archeology Sea Trust web site.